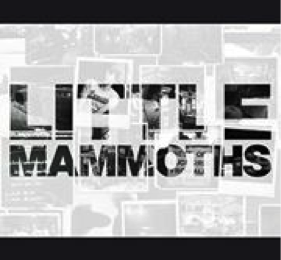 Little Mammoths have been added to this years line up at Hallatonfest!

Little Mammoths are a proper rock ‘n’ roll band for the modern age. Raw and raucous, they peddle their own brew of intoxicated fun.

Formed by Noah and the Whale bass player Matt Owens, the band have become renowned for their 4 hour sets in bars, venues and festivals throughout the UK and Ireland. This year, their upcoming debut album “Phantom Dreams” has been road-tested to ecstatic crowds alongside Mumford & Sons, The Fat White Family and Bahamas. They’ve packed out Bush Hall and The Borderline in the last 12 months and are set to headline Cargo this February on their U.K. Tour, following up with a 10 date tour Irish Tour in March.